To Bid or Not to Bid

Motionspace:Home/Architecture (General), Building Construction/To Bid or Not to Bid
Previous Next

To Bid or Not to Bid 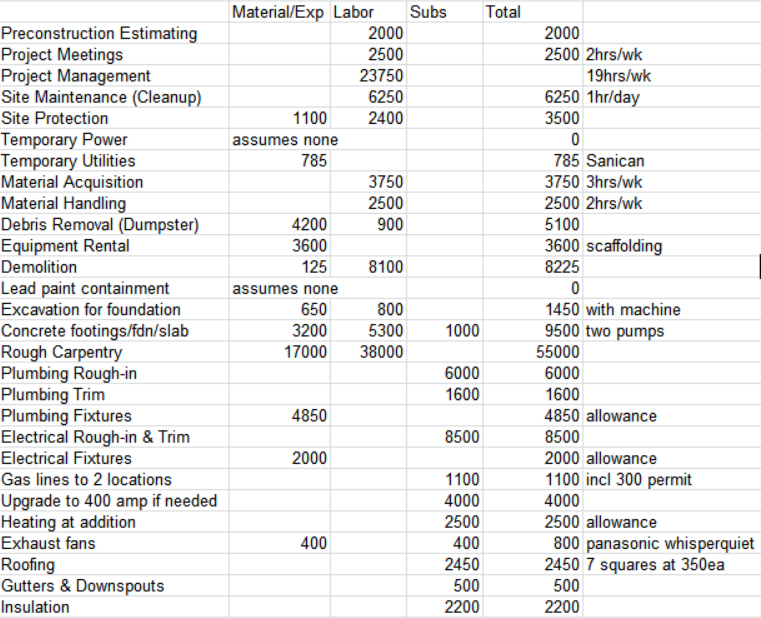 I am often asked the question of whether a time and material contract is better than a fixed price bid (and using a fixed price contract). The decision is different for every client, but for one recent client, putting his project out to bid resulted in big savings. The beauty of the bid is that it introduces competition into the equation. This works especially well when the economy is down since contractors are looking for work. You may even find a contractor who is bidding the job at cost to keep a team that he or she has spent many years assembling intact.

The results of a job put out to bid to several contractors can often be startling. It is not uncommon to find bids varying by thousands and sometimes hundreds of thousands of dollars. Sometimes it makes me wonder if they are looking at the same drawings! Many times contractors will say a bid is a waste of time because everyone is using similar subcontractors, and everyone has similar overhead, so everyone should be about the same price. This probably holds more true in a good economy, but my experience on projects put out to bid is that prices vary greatly. A recent project had bids from $270K to around $410K. Another project bid from $325K to $575K. And recently I had a basement remodel bid from $25K to $125K.

It’s important to be sure to qualify each contractor. In some situations you’ll want to throw out the lowest bid. But if the lowest bidder is qualified to do the job, there may not be any reason NOT to take the lowest bid and benefit from these savings.