Earlier this month we learned that a project we designed won a 2013 Remodeling Excellence Award! This award is given by the Master Builder’s Association in different categories ranging from smaller projects like bathrooms and basements to larger projects such as whole house remodels. Our project in West Seattle qualified for the Major Remodel for a portion of the house in the $100,000 – $200,000 range. 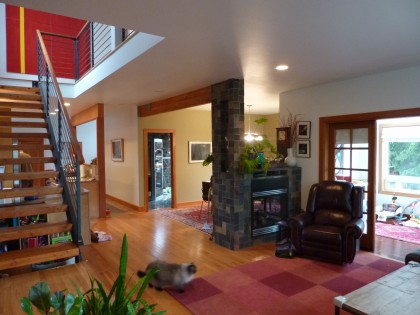 So one thing we’ve learned over the years is that West Seattle tends to have the funkiest homes in the City and this house was no exception (for example, the beam and posts in the kitchen – just behind the stairs in the ‘before’ photo – were completely non-structural). Due to a series of remodels by previous owners, what was a bedroom got turned into a dining room (that made sense) but instead of downsizing the adjacent bathroom it was actually expanded to include a jacuzzi tub, sauna, deluxe shower . . . and a toilet & sink.  Our clients only needed the toilet and sink, and said ‘the rest can go’.

We began by fixing a bunch of structural problems in the house, and shoring everything up with a big steel beam to replace the existing bearing wall and a wood beam. This beam ties into the aesthetic of the staircase to the upper level which is one of the nicer elements in the house that our clients didn’t want to change. We added a small powder room and converted the space that previously housed the shower and jacuzzi tub into a desk area and a pantry/laundry room (with wine fridge, for those days when you’d rather not do the laundry)!

The owner is furnishing the space and we’ll go back to take final photos when they are done. The open space will be a lounge area. We framed the redesigned fireplace with a drywall soffit and infilled it with rough-sawn cedar alternating with vertical grain fir. The fir continues over the fireplace opening to create a ‘screen’ from the adjacent living area. 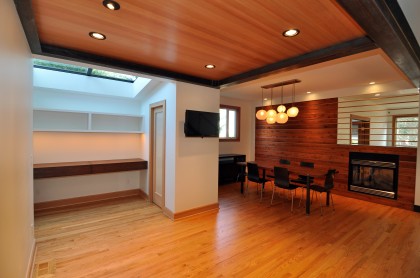 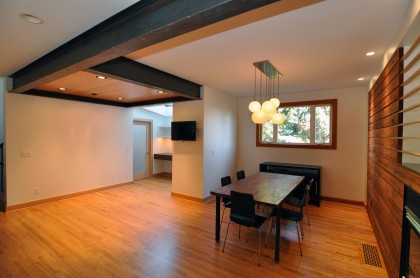 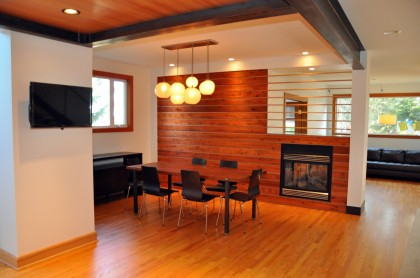 The opposite side of the fireplace is completely different. The top is a steel plate with a small angle below to create a reveal and then possibly the smallest tile in the world was installed on the face (source: Statements, in South Seattle). Fortunately the 3 mm x 3 mm tiles comes mounted on a larger sheet. Ventana Construction did an amazing job with the fireplace and everything else. 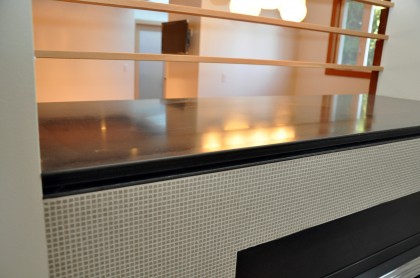 This is definitely one of the nicer laundry room / pantries we’ve done. 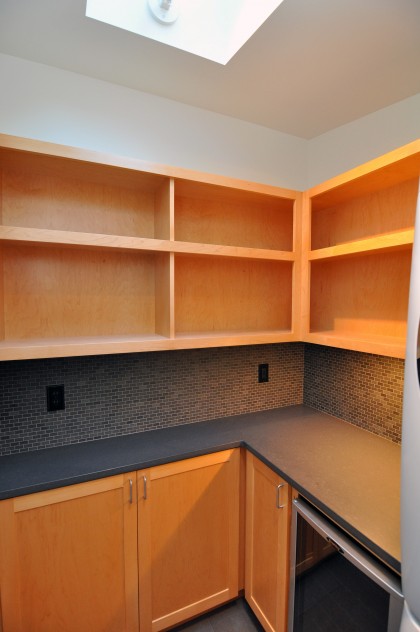 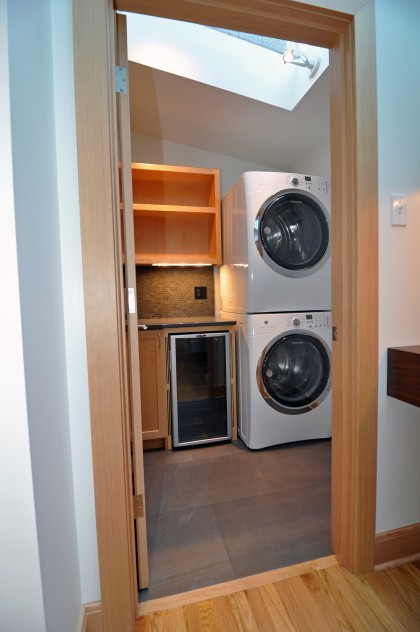 We designed this custom desk for a laptop computer on each side, which can be hidden away when company is over. 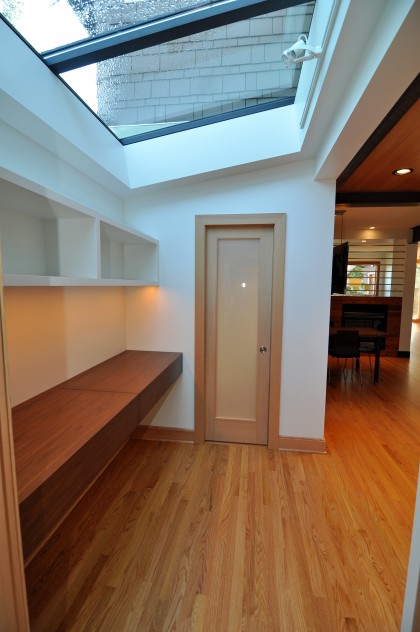 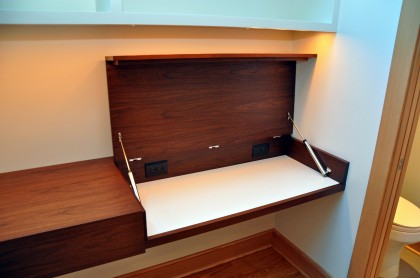